BRICS Potential of Strengthening Stability in World Will Be Used – Putin 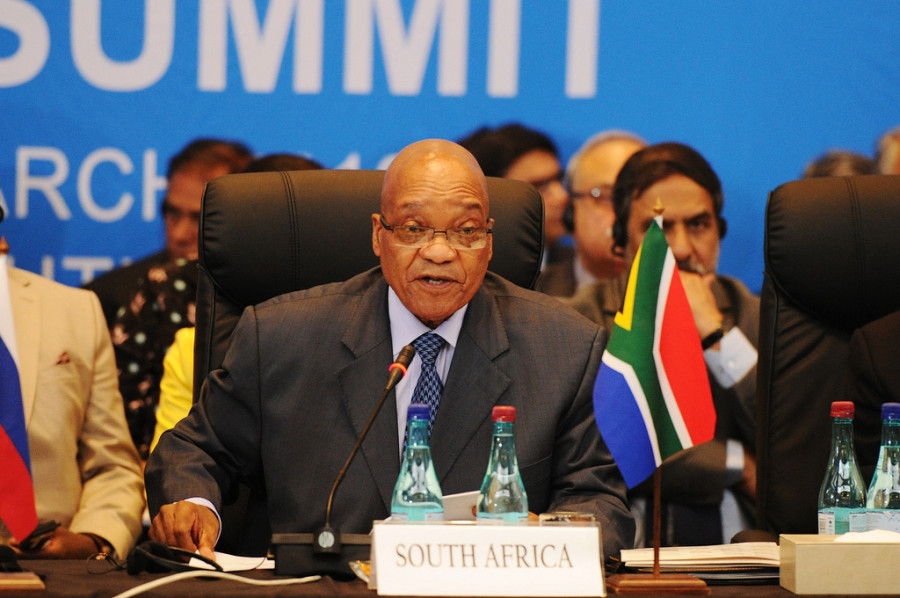 TASS – Russia will seek to use the potential of the BRICS emerging economies (Brazil, Russia, India, China and South Africa) for enhancing security in the world, Russian President Vladimir Putin has stressed as Russia began its presidency in the group Wednesday.

„With due account for the tragic lessons of the past, the BRICS countries call consistently for the peaceful settlement of international conflicts, condemn any attempts of forceful pressure and interference in the domestic affairs of sovereign states,“ Putin said in a statement published on the website of the Russian presidency in BRICS.

„The Russian presidency will be oriented exactly at the maximum efficient use of possibilities of the five [countries] for strengthening security and stability in the world,“ Putin said.

The Russian president said that the five countries of the group account for almost a half of the world’s population and around 30% of the global gross domestic product (GDP).

„Over this rather short time period the format of cooperation has proven being in demand and efficient,“ he stressed.

Putin said Brazil, Russia, India, China and South Africa „are more and more coordinating their approaches to the key issues of international agenda taking an active part in forming a multi-polar world order and developing a modern model of global financial and trade system.“