„Boycott the Olympics in Solidarity with Russian Athletes“ Peter Koenig 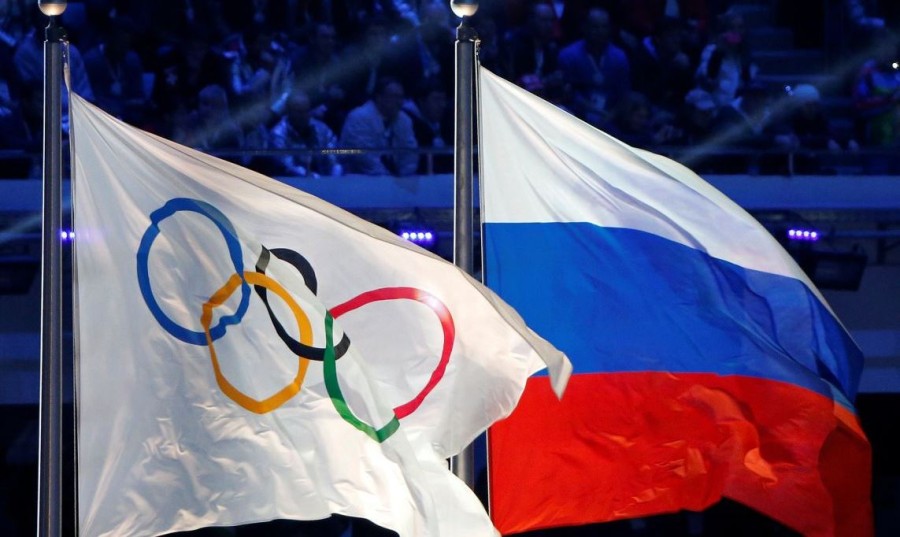 Washington’s IMPERIAL ORDER To Exclude RUSSIA from the 2016 OLYMPICS in BRAZIL
EDITOR’S CHOICE | 25.07.2016
Appeal to All Free-Thinking NON-aligned Nations: Boycott the Olympics in Solidarity with Russian Athletes

Peter Koenig is an economist and geopolitical analyst. He is also a former World Bank staff and worked extensively around the world in the fields of environment and water resources

The Unites States, once more, under false pretenses is attempting – and possibly succeeding – in punishing, or in Washington’s jargon, ‘sanctioning’ Russia for allegedly having systematized doping during the 2014 Sochi Olympics. They know no scruples, these masters of lies and manipulations in Washington.

Fortunately, they are becoming more and more careless and flagrant in what they are doing – so that increasingly people will become aware of the criminal nature of the Washington government and its European vassals which support whatever atrocities the US is inflicting – or attempting to inflict – on the world.

In this case Washington already enlisted their vassal Canada to write to the International Olympic Committee (IOC) in Lausanne, Switzerland, requesting exclusion of Russia from the 2016 Olympics in Rio. They are doing the same with European vassals – asking them to put pressure on the IOC.

In the meantime, they – the criminals of Washington – bought already the International Association of Athletics Federations (IAAF) to exclude Russia’s 68 track and field athletes, without any evidence that they were ever involved in doping.

There exists literally no international organization on this globe that is not bought or blackmailed or simply prostituted into following the dictate of the evil empire.

What a shame for the world, for Us, the People, that we allow this aberration of all morals and ethics – and let it become the new norms, the new normal – same as state assassinations, falls flags – in the name of the empire, to further its objectives of Full Spectrum World Dominance – and in this case, being as usual The Greatest, also in sports, with a widely reduced competition.

Washington has falsely and without evidence accused the Russian Minister of Sports, Vitali Mutkó, of having been the orchestrator of the ‘Russian drug scandal’ (sic) in Sochi. Mr. Mutkó rightly reacted calling the allegation a farce, ‘a civil commission is accusing a nation’.

Of course, nobody dares talking about the US doping scandals, the real scandals.

For example, Lance Armstrong won the French cycling contest, La Tour de France, seven consecutive times from 1999 to 2005. He also won the bronze medal in the 2000 Summer Olympics in Sydney.

In 2012 the US Anti-Doping Agency (ADA) found that he had taken performance enhancing drugs throughout his career. The ADA named him the ringleader of “the most sophisticated, professionalized and successful doping program that sport has ever seen”.

Furthermore, Internet offers an incomplete list of 235 US sportspeople, who have been involved in ‘drug cases’.

Has this been a reason for Russia to start a sports war of aggression against the US? – Of course not. The aggressor is always the same – the emperor, limping on his last leg. Well, why doesn’t the world leave the entire Olympics to the Masters of the Universe, the United States of America?

Please allow me to call on the entire world, or at least on those who dare to call themselves free and unaligned countries, to boycott the coming Rio Olympics in solidarity with Russia.

Sorry for Brazil, but in fact, even Brazil may join, as an unaligned nation – as the current ultra-corrupt interim government of Michel Kemer – put there in an illegal coup – guess by whom? – is not a legitimate representative of Brazil.

Russia, China and the Eurasian countries really don’t need to compete against the constantly treacherous west. They may at any time organize and invite to the New Eastern Olympics, with anybody being welcome to participate and perform – even the Masters of the Universe.

This is in any case the new direction the world is about to take. Looking East. That’s where the future lays. A dawning future, as the sunrise indicates, a future of peace and prosperity, sports included .http://www.strategic-culture.org/news/2016/07/25/washington-imperial-order-exclude-russia-2016-olympics-brazil.html Ursprungsquelle: http://www.4thmedia.org/2016/07/appeal-to-all-freethinking-sovereign-non-aligned-nations-boycott-the-olympics-in-solidarity-with-russian-athletes/