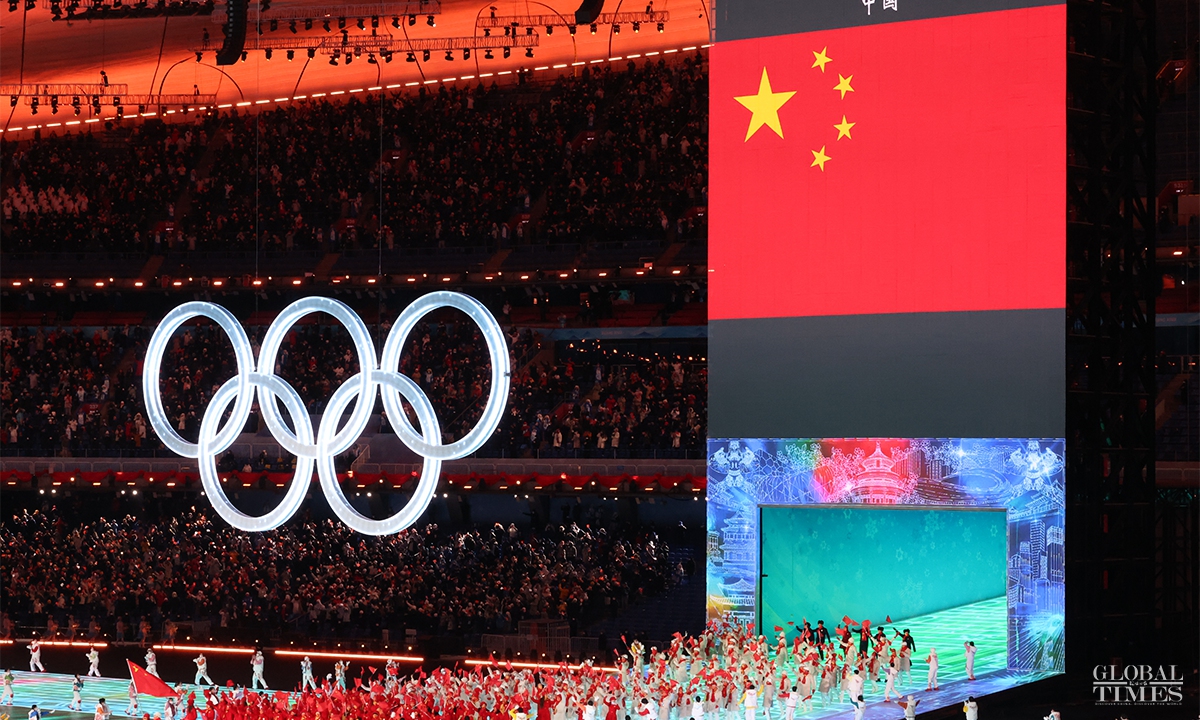 The Beijing 2022 Winter Olympic Games, which kicked off on February 4, will offer the world a short reprieve in what has already been a difficult winter season. Due to threat of the Omicron variant of COVID-19, the ongoing pandemic is entering a new stage after more than two years of intense struggle against the virus.

On top of the entrainment sports, the spirit of the Olympic Games offers an opportunity for solidarity in these troubling times. It may also offer the world a key opportunity to observe China’s effective COVID-19 containment strategies, seeing how its efficient system can mitigate risk to the point that international spectacles can continue largely as normal.

Chinese President Xi Jinping reiterated in his keynote speech to the World Economic Forum’s latest online summit on January 17 that the pandemic is a global issue. He said that countries are not riding separately in some 190 small boats, but are rather all in a giant ship on which our shared destiny hinges. Small boats may not survive a storm, but a giant ship is strong enough to brave a storm. This perspective should give the world hope that our odds of defeating the virus once for all are higher together since a large ship stands a better chance than many smaller boats. China has also been more than willing to share expertise during the pandemic, sending information about the virus – including the virus‘ sequenced genome – during the initial phases of the pandemic.

In early January, the World Health Organization praised the Beijing 2022 Organizing Committee for its preparatory work in ensuring the safety of athletes and essential workers during the upcoming games. The hosting city is stepping up efforts to put the risk of transmission under control during the event and, if everything goes smoothly as expected, the event should be a key learning experience for the world on how to deliver such international events in the future.

For too long the world has ignored China’s successful management of the pandemic for political reasons, which has effectively driven countries to fight the pandemic without using the best information. The fact is that, as the world’s largest country by population, China’s containment strategy is impressive – but it is not a miracle. It is the result of a people-first, whole-of-society approach to containing the spread of the virus.

Some media outlets in some Western countries have painted China’s strategy as draconian or authoritarian, often resorting to outright lies to make China’s success appear undesirable while denying the results as they stand. It is the height of politicization when a strategy that has doubtless saved the lives of millions of people can somehow be viewed as morally wrong. Likewise, they have claimed that China’s COVID-19 management through zero-COVID policy might be a drag on global economy when China is leading the world’s global recovery specifically because of its COVID-19 strategy.

In 2021, China recorded its highest GDP growth in nearly a decade at 8.1 percent. It recorded another record-breaking year of FDI and also saw its trade volume surpass $6 trillion for the first time. Had China suffered the same economic shutdowns as most of the world, this would have been unachievable. At the same time, had China suffered severe slowdowns due to soaring cases, it would have hurt the rest of the world in serious ways. This is because China has been a key supplier of medical supplies, such as PPE and vaccines, which many countries rely on.

Furthermore, China is a major producer of things like electronics and appliances that the world stay-at-home economy is dependent on. So it is no exaggeration to say the world’s ability to adapt to the challenge of COVID-19 is predicated on China’s strict containment strategies – not suffering because of it. Economic data from around the world clearly shows that higher COVID-19 cases are closely correlated with lower economic output.

The author is a Prague-based American journalist, political analyst and freelance reporter. opinion@globaltimes.com.cn