Battle over Healthcare: Just Another Theater in the War to Remove Trump 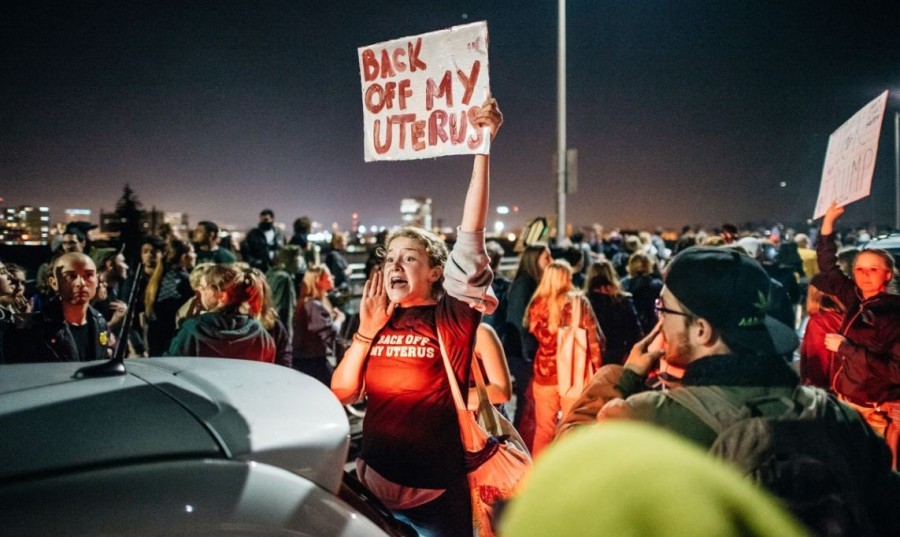 Trump’s only essential foreign task is not to stumble into another catastrophic war somewhere.

Ever since the November 2016 election and the defeat of the horrible warmonger Hillary Clinton, I have been flooded with inquiries from Serbia, Russia, and other countries asking how and when American foreign policy will change for the better. Will NATO back off from provocations in the Baltic and Black seas? Will Trump accept a compromise over Crimea? Will Washington cease its 100 percent bias in favor of Zagreb, Sarajevo, and Priština against the Serbs? Why has nothing changed yet? Will America go to war with Iran? North Korea? China?

Keep in mind that Donald Trump’s appointments within his own administration are proceeding with glacial sluggishness, in part though not entirely due to Senate Democrats’ slowing down the confirmation process. It also doesn’t help that Trump seems to have a penchant for appointing people to foreign policy and national security posts who in no way reflect what appear to be his sincerely held views. Sometimes it seems that the only ideological Trump-ist in his administration is Trump himself.

But most importantly, keep in mind that Trump mainly ran on what he would do for the American people at home: police our borders («Build the Wall!»), deport criminal aliens, end the glut of cheap illegal labor that drives down wages (and drives up medical costs with illegals’ uninsured visits to the emergency room); reverse one-sided trade deals and restore manufacturing; and rebuild our infrastructure, which was once the envy of the world and is now its laughingstock.

These promises, which impact the everyday life of Americans at home, will determine if his presidency is a success or if he gets tossed out on his ear in 2020, with the warmongering Deep State majestically reassuming its rightful patrimony. That’s if the ongoing «soft coup» being waged against him by the Deep State and MSM hasn’t succeeded in removing him before then. With that in mind, Trump’s only essential foreign task is not to stumble into another catastrophic war somewhere.

Among his domestic promises that are make-or-break for him, and for the Republican Party in which he is locked in an uncomfortable symbiosis, Trump’s promise to repeal and replace «Obamacare» (formally, the «Affordable Care Act») is front and center. Keep in mind that for historical reasons too complicated to describe here, the United States doesn’t have a healthcare system like most other countries. While the federal government has a large role in regulating the system, the major players are private companies providing insurance to pay for medical services, much as we have life insurance or car insurance.

But medical insurance is much more heavily regulated, and as one might expect the companies themselves have a lot of influence about how they are regulated. The result is something like a system of state capitalism which satisfies nobody, neither those who advocate the kind of universal «single payer» socialist model practiced by other developed countries (but which often results in waiting lists, shortages, and lower quality of care) versus those who claim that a purer free market model of the sort we have for other essential services, like food, would work better. American prices for prescription drugs, many of them developed in the U.S., are among the world’s highest, because other countries’ governments insist on buying them in bloc at set prices, leading the companies to make up the difference in America where they can charge whatever they like. Among Trump’s heresies with many Republicans is that he’d like the U.S. federal government also to purchase in bulk and drive prices down.

American health services are prohibitively expensive for anyone who doesn’t have insurance, and not everyone does. Most Americans who have insurance get it through their employers (where the worker also must pay into the system), itself a problem as more and more companies hire people as «contract workers,» not as employees who must be offered such benefits. Millions of working people are uninsured, either because their employers don’t offer insurance or they can’t afford the premiums. Some young and healthy people – they call them «young immortals» – have access and can afford insurance but would rather spend their money on something else. The Medicaid program provides basic services for the poor. As it stands, American healthcare generally is considered as having a high quality of care and quick availability – if you have insurance, you won’t die waiting for your heart bypass, you’ll get it right away.

Obamacare adjusted this system, largely by trying to force young immortals to buy insurance by fining them if they don’t. In the end, American healthcare became even more complex and expensive, though several million people who were uninsured now have it on a subsidized basis.

For a number of reasons, the Republican Congress has decided that keeping their promise to repeal and replace Obamacare is first on their legislative agenda. This in effect means that almost nothing else can get done until Congress takes care of that. (As the American expression has it, they aren’t coordinated enough to walk and chew gum at the same time.) Similarly, the forces eager to bring down Trump – for other reasons, especially to prevent him from changing American foreign and security policy – are doing their very best to ensure that the first item on the Republicans’ domestic agenda turns into a disastrous failure.

Certainly, there is disagreement in the Republican ranks on how to proceed. There are procedural problems on how to get legislation through the Senate, where the Democrat minority can block it. A powerful Democratic ally is the supposedly non-partisan Congressional Budget Office, which just released a skewed estimate on costs of the Republican replacement plan and how many people might not be forced to buy insurance and will therefore be presumed uninsured. In the media, that becomes a depiction of cruel Republicans kicking sick grandmothers out to the curb to die for the sheer evil fun of it.

In short, the healthcare debate will proceed with the same scorched-earth ferocity we’ve seen on «Russian hacking» and the political assassination of Mike Flynn, except the theater of civil war has shifted to a domestic issue. But the real issue isn’t health care at all, it’s how to cripple Trump and then remove him before he can do real damage to the Deep State.

And now, just as I write this, someone at the Internal Revenue Service has criminally leaked part of Trump’s 2005 tax return. The hunt is on!