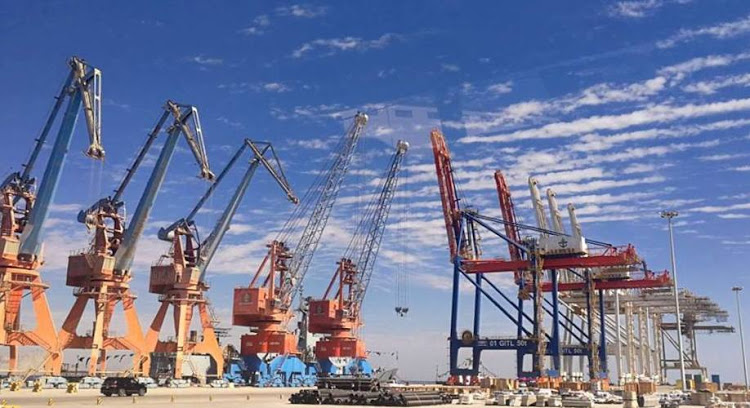 B3W Initiative Versus the BRI

The G7 has decided to float a parallel project to rival China’s Belt and Road Initiative (BRI).

•Critics have said that the B3W is straight out of the BRI handbook, albeit a poor replica of the original.

•By the time it takes off, the BRI will be almost complete, or too advanced for the B3W to make sense.

China developed the magnificent Gwadar port in the southwest of Pakistan.
Image: File

As the dust settles from the recently concluded Group of 7 (G7) summit in Carbis Bay, United Kingdom, experts are examining the promises and overall communication from the august meeting of the seven richest democracies in the world – the UK, US, Canada, Japan, France, Germany and Italy.

Predictably, the meeting would have been incomplete without the mention of China, which has now become both the West’s punching bag and scapegoat.

Apart from the usual demonisation, this time the G7 decided to walk the talk by floating a parallel infrastructural project to rival China’s own Belt and Road Initiative (BRI)

The G7 fronted the „Build Back Better World“ (B3W) initiative, a project the White House touted as „a transparent infrastructure partnership to help narrow the USD dollars 40 trillion needed by developing nations by 2035.“ Comparatively, the BRI is estimated to cost between USD 4 to 8 trillion, an amount that is being sourced through diverse funding.

Critics have said that the B3W is straight out of the BRI handbook, albeit a poor replica of the original. Indeed, Chinese netizens have branded it a pirated BRI version. The B3W has made lofty claims to also invest in climate, health, digital technology and gender equality targeted at developing countries.

In terms of genuinely helping poor countries to grow their economies, the G7 is a “Johnny-come-lately”. Bilaterally and multilaterally as well through various regional groupings like the Forum on China-Africa Cooperation and the Association of Southeast Asian Nations, China has had a concrete, substantive and cordial partnership whose results are self-evident, particularly in modern infrastructure projects. 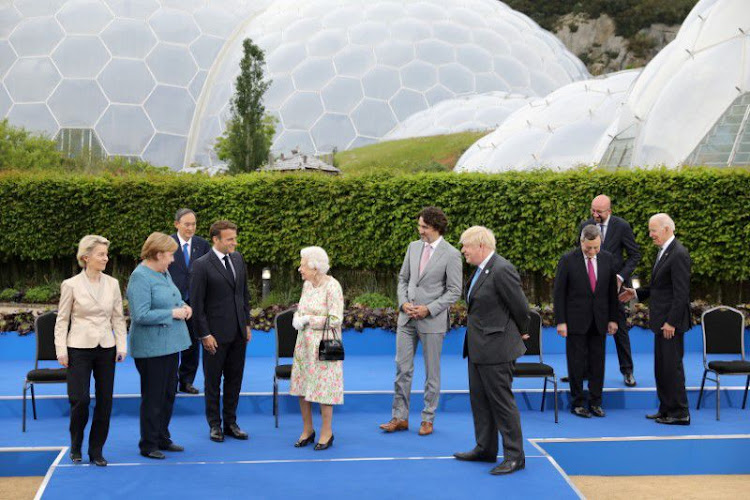 Before China’s grand entry, many African countries, for instance, were replete with white elephants as the continent’s erstwhile Western bi-lateral and multilateral donors abandoned projects after cutting aid for manipulative purposes. The BRI projects have been a saving grace for developing countries like Kenya, whose infrastructural transformation over the last 20 years through China’s partnership has been phenomenal.

Never mind that the West, as embodied in the G7, is not only mired in debt, but also undergoing serious economic challenges particularly as a result of the Covid-19 pandemic. While China was the only major economy to record positive growth in 2020, the so-called developed countries actually stagnated or had negative growth, leading to pleas for billions of dollars in economic stimulus packages.

Secondly, as a reactionary response to the BRI, the G7 has never implemented such a complicated global infrastructure project. Apparently, the B3W idea was floated on the spur of the moment, although it has been reportedly under discussion in the US for a few months. By the time it takes off, the BRI will be almost complete, or too advanced for the B3W to make sense.

Both Western media and scholars have used all opportunities to cast aspersions on the all-encompassing BRI, but are now waxing lyrical with a copycat initiative.

Fourth, the West does not believe in ‘free lunches’ and offering this kind of help to developing countries is something that goes against its inherent hegemonic tendencies. Going by experience, developing countries will be looking at the catch and thinking twice – the deal is too good!

As such, the G7 idea is not based on any envisaged values, unlike the BRI which has adopted Chinese cultural values based on amity and equity in all mankind. Then, how can the G7 really plan to implement a project similar to the one that they have badmouthed since its inception in 2013? Both Western media and scholars have used all opportunities to cast aspersions on the all-encompassing BRI, but are now waxing lyrical with a copycat initiative.

Moreover, how can the US chest thump about leading the B3W project while President Joe Biden recently flopped in securing bi-partisan support for his estimated USD 2.3 trillion over-ambitious plan for improving the nation’s infrastructure and creating a green economy in the next eight years?

Claims that China plans to spread its communist ideology using the BRI is not only foolhardy, but is also aimed at misleading the country’s partners and allies. Ideologies and other philosophies are spread mainly through media and similar non-physical channels. China has a large and growing media presence globally to do the job if at all it is so inclined.

But the question begs why the West has become increasingly jittery over a resurgent China if it has nothing to fear. The country’s body language has never betrayed any signs of revenge for the decades of humiliation. Rather, the country’s leadership, particularly under the now 100-year old Communist Party of China has been one of conciliation and mutuality.

Instead of trying to recoup its fast fading glory, the G7 should actually have joined hands with China and fill in the current funding and logistical gaps in the BRI.

Further, they could seek to open up their routes more to ensure the project reaches strategic destinations in every nook and cranny as a way of helping the poor countries they claim to help to grow their economies through trade and commerce.

The writer is the Executive Director of South-South Dialogues, a Nairobi based research and development communication think tank.