A Study of Schiller’s The Ghost Seer 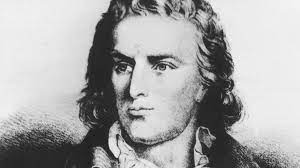 A masterpiece of insightful writing. I hope humanity will have enough intelligence this time. I am praying for the good leaders in this world and for more people to study and see behind the scenes. Irene Eckert

The Ghost Seer first appeared in several instalments in Schiller’s publication journal Thalia from 1787 to 1789, and was later published as a three-volume book. It was one of the most popular works of Schiller’s during his lifetime. People were attracted by the subject of mysticism, apparitions and the horrifying unknown. It is for this very reason, that the Ghost Seer is actually one of the most misunderstood stories by Schiller, who was not only intervening on such peaked interests of the time but, more importantly, was meant as a warning for those who mistook a real villain for something that could only exist in the mysterious ghoulish world of the supernatural.

Before we go further in elaborating on this, I think it is important that we first have some context of the environment that Schiller has chosen to tell this tale. The story is set without specifics, that is we don’t know the exact year or names of persons since the story is being told by a character named Count O (we are only given the first letter of his name) who has chosen to leave out these details, and we are told that the story is set sometime in the 1700s in Venice.

Since the entire story is set within Venice, I think it important that we know about what kind of city Venice was.