A New Cold War or a New Detente Gilbert Doctorow 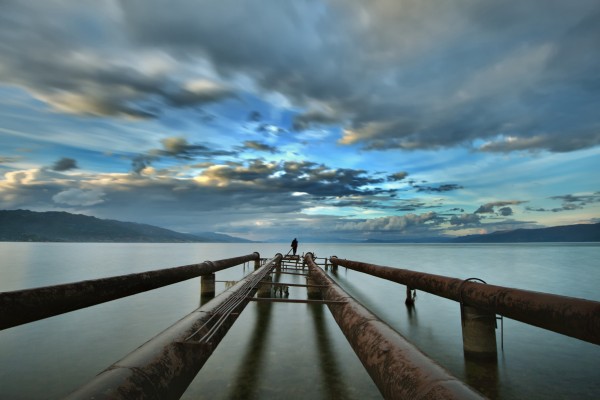 EDITOR’S CHOICE
10.12.2016 |
The U.S. presidential election presented the American voting public with a clear choice on the issue of the New Cold War with Russia, between worsening tensions and a chance for détente.

Hillary Clinton offered a continuation and intensification of the policies of isolation, denigration and confrontation with Russia that President Obama has pursued over the past three years, bringing us closer to nuclear war. Donald Trump favored a policy of outreach to Russia, initially focused on a common struggle against Islamic State and Al Qaeda terrorism, but having the potential to mature into a broad constructive relationship.

Some of the estimated 12 million Russians who took part in Immortal Regiment parades across the country over three days. (RT photo)

Some of the estimated 12 million Russians who took part in Immortal Regiment parades across the country over three days in May 2016. (RT photo)

But the reality is that the foreign policy dimension of the votes cast on Nov. 8 was always going to be relatively minor, given Americans’ natural focus on domestic issues. And this year the whole electoral race was muddied by the vicious character assassinations practiced by both Republican and Democratic candidates.

In the op-ed article published below, which first appeared in The Nation, my fellow co-authors bring to the attention of a target audience of Americans interested in world affairs an opportunity to take a stand and “cast a vote” for peace that can materially affect the changing political landscape of Europe in 2017, where there will be nationwide elections in the locomotive nations of the European Union: France and Germany.

To be sure, as a result of the primary elections two weeks ago within the Center-Right party that bears the Gaullist traditions, the Republicans, and has the greatest likelihood of winning the Presidency in April-May 2017, the French appear to be choosing the more peaceful course on their own. They are rejecting Cold War rhetoric in favor of re-building ties to Russia.

However, in Germany, the candidate favored to win a fourth term in office in the autumn national elections, Chancellor Angela Merkel, considers herself the heir to Barack Obama’s “legacy” of belligerence towards Russia. At the Christian Democratic Union (CDU) party convention in Essen on Dec. 6, she was re-elected as standard-bearer of her party with some 98 percent of the votes.

In this context, it is important that within Germany’s Socialist Party (SPD), which presently is Merkel’s coalition partner but will be competing against her in the federal elections next autumn and which keeps alive the memory of Germany’s own détente policy towards Russia, has now stepped out into the political arena and is gathering support from politicians both inside the SPD and in other parties to seek a change of direction with respect to Russia.

Where do Americans potentially fit into this equation? It would be no exaggeration to say that the Obama administration had a decisive role in scripting Angela Merkel’s shift from a policy of strategic partnership with Russia in 2008 to Cold War venom in 2016. Vice President Joe Biden boasted openly of the pressure the U.S. applied to achieve and maintain the sanctions against Russia in the European Union for which Germany was instrumental.

For these reasons, American citizens and organizations representing civil society should have no complexes about “influencing” the forthcoming German elections by demonstrating to their fellow-thinkers in the SPD and across the German political spectrum that the U.S. government did not speak for the American people when it imposed Cold War rules on the German chancellor and her backers in the ruling elites.

On the contrary, showing to German society that a peaceful Atlanticism is also possible and desirable, Americans could right the wrongs of the recent past. For those who wish to support this position, you can support the German pro-détente movement by signing the appeal:

A transatlantic appeal for a new policy of détente with Russia has been launched. The declaration’s authors invite the general public to join leading political figures and social activists who have publicly rallied to support the call.

Gilbert Doctorow is a professional Russia watcher going back to 1965. He is a board member and European Coordinator of the American Committee for East-West Accord.

Rolf Ekéus of Sweden was executive chairman of the UN Special Commission on Disarming Iraq from 1991 to 1997. He chaired the drafting of the principles of the Charter of Paris in 1990, a founding document of the Organization for Security and Cooperation in Europe.

Noam Chomsky, Institute Professor emeritus at MIT, has written many books and articles on international affairs, in particular on Israel and Palestine. His latest book is Who Rules the World?