2014: Two Events that Shook the World by Melkulangara BHADRAKUMAR 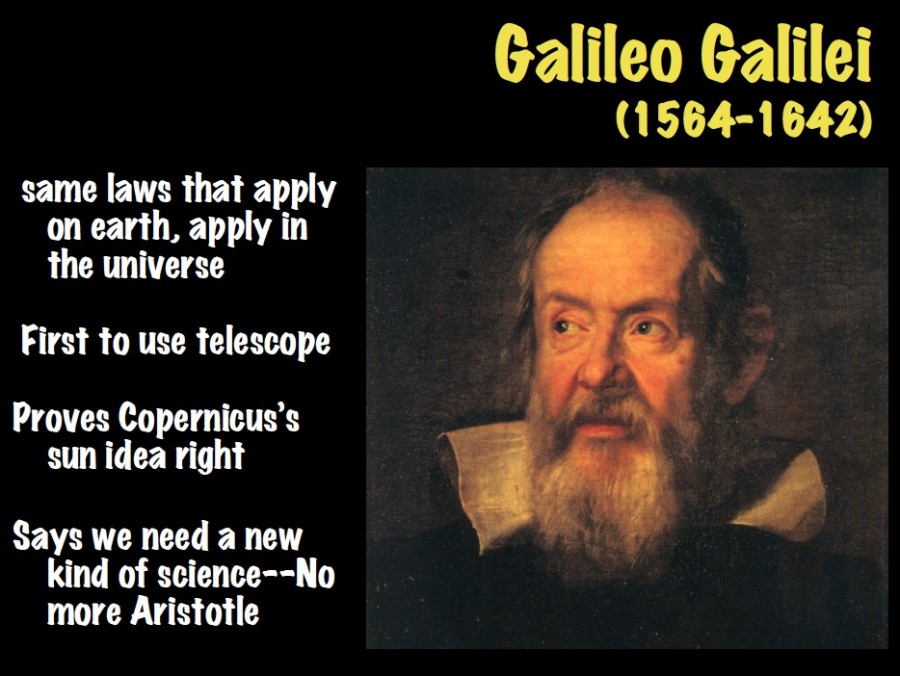 The year 2014 has been a sensational year. It is the year that some hasten to bookmark as the year World War III began unobtrusively, stealthily, inexorably – involving as-yet indeterminate contestants. The tumultuous arrival of the Islamic Caliphate spearheaded by the Islamic State, the outbreak of the Ebola virus, kidnapping of 200 schoolgirls by Boko Haram – the year has had its fair share of blood-curdling events.

It has been the year that the US economy showed credible signs of recovery, but in which the US also admitted defeat in a half-century old campaign to bring the Cuban revolution down on its knees. Truly, the ascendancy of right-wing Hindu fundamentalism in India, a country of 1.3 billion people, makes it an important year for a turbulent region.

All these are significant things to be noted in their own ways, but their enduring consequence to the world order remains unclear and the probability is that they may turn out to be ephemeral, although arresting at first sight for the present – ‘sound and fury signifying nothing’, in the ultimate analysis.

However, it is two major international developments that form a cluster by itself because of their profound impact on the future trajectory of world order. They are: the crisis in Ukraine and the emergence of China as the world’s largest economy.

No single international development in the year 2014 sent such shock waves through world politics as the crisis that erupted in Ukraine following the US-sponsored ‘regime change’ in Kiev in February. At times it seemed that the international order has begun unraveling or is galloping uncontrollably toward such a process, with the United Nations reduced to a hapless observer.

At its core, the Ukraine crisis underscores that the US-led security order has been most seriously challenged by a rising non-Western power – Russia. Second, the European order has come face to face, even if implicitly, with an organizing principle based on legitimizing spheres of influence, which, having sheltered under the umbrella of a military alliance, the West never needed to explicitly accept.

Again, on an international normative terrain, the Western ideas of international order have been contested in Ukraine. The heart of the matter is that while superficially professing respect for international law, the US and Europe have been freely acting outside it to advance their interests – which, essentially, was what Kosovo, Iraq and Libya have been all about – and Russia has held out a mirror at this essentially illiberal world order, finally, and is demanding a realistic, rational calibration, failing which Moscow will offer resistance in political terms as well as through military deterrence if it becomes necessary.

Clearly, the world has not taken the West’s side in the Ukraine crisis. Even Western allies have not all joined the standoff with Russia – Italy, Hungary, Japan, Turkey or South Korea, for example. On the one hand, the non-western countries’ (the ‘Rest’) stance of equivalence between the controversial ‘regime change’ sponsored by the West in Ukraine and the subsequent Russian actions in Ukraine is tantamount to a rejection of the West’s self-identification as the guarding of the ‘liberal’ order, while on the other hand it is also a reflection of the non-Western countries’ perceptions that the West enjoys an unjustified position of privilege in the international system.

The point is, the West’s propensity to ‘weaponize’ the international system at its will through financial sanctions, asset freezes and collective embargos and boycotts has long been resented by the ‘Rest’. The Ukraine crisis promises to be the beginning of the denouement of economic sanctions as a key instrument of contemporary US coercive power.

The attention of the western media has been on the travails on the Russian economy, which blithely overlooks that the country was already entering a period of recession by the end of last year and if anything, the western sanctions have lent urgency to the Russian leadership regarding critical need of a profound economic restructuring. On the other hand, the US has overreached by going for Russia, the world’s ninth largest world economy, and this may well become the economic counterpart of the kind of military overreach that American power encountered in Iraq and Afghanistan.

The probability is high that the urge to impose the sanctions on Russia and to drag a reluctant EU into the enterprise would only systemically affect the future potency of the US Treasury’s Office of Foreign Assets Control, since, ironically, Europe too might join the ‘Rest’ to question the desirability of being exposed (as it has been during the Ukraine crisis) to the predilections and political moods of the US Treasury.

Equally, Ukraine crisis is accelerating the European strategy to reduce energy dependence on Russia, while on the other hand the decline in demand in the European market in combination with a long-term strategy to tap into the fast-growing Asia-Pacific market is prompting Russia to ‘look East’ for energy exports. The prospects for a serious Middle East energy pivot for Europe remain unclear as of now, and may prove elusive, but Russia’s ‘pivot’ to the Asian region is gaining traction and its impact on world energy politics cannot be underestimated.

Finally, the very future of the Western consensus hangs in the balance today due to the Ukraine crisis. The US’s trans-Atlantic leadership, European unity and the NATO’s future crucially gained due to the escalation in Ukraine. Having said that, these strategic ‘gains’ have been achieved through enormous political pressure from Washington.

However, European unity, in particular, is showing signs of fraying at the edges. No doubt, it is fragile and is lacking in leadership. Simply put, Ukraine crisis has exposed that Europe lacks a format for crisis management or a long-term strategy towards Russia.

This is already manifesting as relatively low-common-denominator reactions to the developments in Ukraine on the part of the European Union and the competing streams of opinion in Brussels in determining the EU policy in the future. All this makes the current Western consensus increasingly difficult to sustain.

In plain terms, America ceased to be the world’s number one economy in 2014. As Christmas was approaching, the Chinese economy just came from behind and overtook the US economy to become the largest in the world. The International Monetary Fund reported in December that when the national economic output is measured in ‘real’ terms of goods and services, China will have produced $17.6 trillion compared with America’s $17.4 trillion in the year 2014.

Put differently, China now accounts for 16.5 percent of the global economy when measured in real purchasing terms, compared with 16.3 percent for the US. If one recalls that last year China also surpassed the US for the first time in terms of global trade, it is at once clear that there has been a tectonic shift in the balance of power this year with a high reading on the Richter scale.

What it points at is that China is showing a growth rate despite the recent slowdown, which no other ten nations can match, and the trend is pointing clearly at a widening gap in coming years.

History shows that economic power is ultimately the crucial determinant of political and military power. The rise of Imperial Britain was inextricably linked to its emergence as the world’s workshop in the 18th century and the subsequent rise of colonialist capitalism, while its relative economic decline accounted for its fall by the middle of the last century, thanks to the de-colonization and the loss of captive markets that gathered momentum after World War II. Other hegemonic powers in modern history – Portugal, Spain or France – also have similar tales to tell.

Of course, 2015 will arrive in a natural course and nothing much may seem to have changed. China, in fact, is only too eager to project that it still lags far behind the US and is a mere developing country.

Clearly, what China wants to do with its new status becomes as much its business as the world’s concern. The issues are many: How to combine continued growth – and the stability that is needed for that – with the influence that befits the rise in China’s stature? As for China’s Leninist leadership, how is such phenomenal change to be reconciled with the stasis at home? How to keep the grip on political power in a society that is undergoing mammoth transformation? How to tamp down belligerent nationalism while insisting on legitimate self-assertion?

Most certainly, China does not subscribe to the imperial view of the world as a source of tribute and in modern times it has embraced the Westphalian principle of sovereign states distinguished by their wealth and power but not by qualitative hierarchy. Yet, China also happens to be a civilization pretending to be a state and may want to do something more and, at the very least, take back the place that foreigners stole from it. The Silk Road initiatives announced this year seem to fit into this paradigm.

Even China’s worst detractors do not allege that it harbors notions of global domination. Indeed, China’s preferred parish remains Asia and its engagement with the Middle East or Africa and Latin America – even Europe – is transactional and there are no imperial overtones there. At the end of the day, there are more poor people in China than anywhere else in the world – except India, of course. And the Chinese leadership’s priorities are clear when 160 million people in the country still eke out a livelihood from $1.25 a day. It is only natural that China wants to have minimal engagements abroad save those that burnish its image as a great power.

Meanwhile, China has also studied and learned lessons from the havoc wrought by the militarization of American foreign policy. It is therefore clear-headed about how far to go on Syria or Ukraine. The first idea in conflict resolution in the world arena is seldom, if ever, China’s.

Nonetheless, China’s small Asian neighbors will forever worry that China is a big country and «other countries are small countries and that is a fact». The year 2014 may be seen as the turning point when China’s quest to regain its centrality in Asia – economically and militarily – may have progressed in large measure, which it enjoyed through much of history. But China still lacks the power of attraction and remains largely an enviable development model. China stands on the verge of greatness as it leaves 2014 behind.