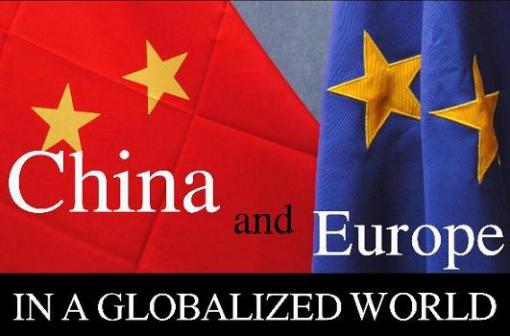 The economy of the European Union has seen no improvement this year. Some call it a “negative economic background.” It would be better to say the EU economy has reached some point. According to the poll commissioned by WIN/Gallup International, 51% of responders in Great Britain want their country to leave the European Union. The Pan-European survey showed Britain was the only country where most voters wanted to pull out. More than a quarter of voters in France, Germany and Italy wanted to quit. A third of Greeks and 42 per cent of the Dutch also wanted out. Banks and bankers are mainly blamed for European economic troubles.

The London-based Guardian warns that the euro is on the brink of new collapse. Larry Elliot, the newspaper’s economic editor, believes that Greece is running a great risk of facing new problems. The Greeks have had a bellyful of austerity (the coming of left-wing forces to power is likely). The things are hardly better in Portugal, Spain, Italy and Belgium. If the situation does not turn for the better then “business and consumer confidence will be hit. Concerns about the non-performing loans held by Europe’s shaky banks will be re-ignited.” (1)

The recent report prepared by the experts of the Organization for Economic Development and Cooperation (OECD) says the same thing. In October, the economy went down in the eurozone and Great Britain. High unemployment remains to be a serious problem. In 2014 the unemployment rate was 10, 5% going down by 0, 4% as compared with 2013. The improvement is insignificant. The main negative factor is the beginning of technical recession in Germany. In October, the joint report by the DIW, IWH, IfO and RWI institutes slashed economic forecast. According to Handelsblatt business daily, the technical recession in Germany probably started in the II-III quarters of 2014. For instance, orders went down by 5, 7% while the industrial output fell by 4%. One of the reasons is the sanctions war with Russia. German experts believe this is a long-term downturn.

The German recession cannot be limited by national borders and the euro’s exchange rate against the dollar will fall to $0.95 by 2017 taking the single currency back below parity for the first time in more than a decade, according to a report by Deutsche Bank.

No wonder some EU members boost their cooperation with China. Beijing meets them half way. The China’s share in European total trade turnover is already significant. China is the Czech Republic’s fourth largest importer of goods following Slovakia and leaving Russia behind. It is also the Hungary’s third largest importer (right after Russia) and the fourth largest supplier of goods to Poland and Serbia. According to preliminary data, the China’s total trade turnover with Central and Eastern Europe in 2014 was equal to €48 billion, or €3, 9 more than in 2013.

The Third Meeting of Heads of Government of China and Central and Eastern European Countries (CEECs), held in Belgrade on December 16-17, was an important milestone on the way of strengthening the China’s position in the European continent. The Chinese delegation led by Chinese Prime Minister Li Keqiang emphasized the Beijing’s interest in developing dynamic cooperation with the countries of Central Europe and expressed its support for strong European currency. The Li Keqiang’s visit to Belgrade was the first event of such scope in 28 years. As for concrete projects, the modernization of the Belgrade-Budapest railroad was the main issue of the agenda with China, Serbia and Hungary signing the agreements on the implementation of the project. The construction is to be completed in two years to be later extended to Skopje and further on to Athens. The railroad, as the Chinese Prime Minister pointed out, would be part of a “land and maritime express line” between China and Europe. The deal includes investments in upgrading maritime infrastructure. Chinese shipping giant Cosco Pacific took over the management rights to half of Piraeus port and is now expanding two container terminals. 80% of China’s trade turnover with Europe falls on sea lanes. The meeting’s participants: Serbian Prime Minister Alexander Vucic, Hungarian Prime Minister Victor Orban and China’s Prime Minister Li Keqiang stressed their intent to build a rapid land and maritime route based on the Budapest-Belgrade railroad and the Greek port of Piraeus to improve regional connectivity (the project is expected to be terminated in 2017). According to Serbian government, the railway will become the backbone of transport infrastructure connecting this part of Europe with China. (2)

The meeting’s agenda included the issues related to China’s economic policy in Europe. The Chinese Premier said his country had sufficient reserves to meet the economic needs of Eastern Europe. In concrete terms the participants discussed the possibility of $7 billion loan to be granted by China on favorable terms. At the 2012 China-Central Europe-Poland Economic Forum held in Warsaw, Chinese Prime Minister Wen Jiabao announced the creation of a $10 billion credit line to support Chinese investments in Central European infrastructure, new technology and renewable energy.

Hungary and Serbia are the main recipients of Chinese investments in Central and Eastern Europe. According to estimates, China has invested a few billions of euros in their economy. As of 2013, China invested €300 million in Poland and €114 million in Romania.According to incomplete data, the Chinese investments in Romania were equal to €45 million. Besides, in late October China took a decision to grant Montenegro a €687 loan to fund its part of the high-speed railway. At the same time, Beijing signed a preliminary agreement with Bosnia and Herzegovina on funding a 62-km highway. The goal is to build an integrated pan-Balkan transport infrastructure. Adding to the Piraeus port upgrade project, the Danube Bridge opening ceremony took place at the time of the China and Central and Eastern European Countries meeting. The bridge is 1,5 km long. The cost of the project is 136, 5 million euros. This is the first China-sponsored project in Europe coming to fruition. No doubt the process will continue.