US’ Sounding Alarm On China by Darius Shahtahmasebi US is still sounding the alarm on China, but their confrontation could be apocalyptic

by Darius Shahtahmasebi is a New Zealand-based legal and political analyst, currently specializing in immigration, refugee and humanitarian law.

China continues to be the focal point of US foreign policy and this will continue right throughout 2019. Despite the many reasons for the prolongation of this conflict, the overall implications of this war remain catastrophic.

It is fair to say that there is a lot going on in the world right now. For a while, Syria was the political hot potato that Western countries would use to show how much they supposedly cared about human rights. This is no longer the case when you have bloodthirsty Arab monarchies and Israel hatching a plan to “rehabilitate”Syria’s president, something even the US will no longer be able to justify as a foreign policy strategy. Hyping on and on about the Syrian conflict therefore no longer has the sex appeal it once had, and now we have other parts of the world closer to the US mainland which have grabbed the media’s fancy.

The obvious example is Venezuela, a country about which President Donald Trump once reportedly asked why the US cannot simply just invade, given that “they have all that oil and they’re right on our back door.”

If we really cared about Latin America, the United States public would be asking themselves: why is our government routinely killing the very people they are supposed to be protecting? Alternatively, they could ask why the US is even concerned with Venezuela, when right on the American border sits the second-most deadly conflict zone in the world. 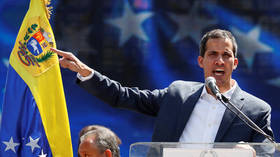 At the end of the day, countries on Donald Trump’s radar like Venezuela, Iran and North Korea are not even capable of threatening the United States on a remote level, let alone on the level the media wants us to believe. So why are we so concerned with Venezuela? The simple answer is that, on their own, these countries are powerless, but they routinely work together with and empower a block of other resistant states who refuse to bow to US corporate and military interests. That block is headed by nuclear giants Russia and China, who do possess the ability to threaten US economic interests more directly.

So, while it pays to be as vigilant as we can in respect of Trump’slooming invasion of Venezuela, we shouldn’t turn off from the fact that the grand prize for the US war machine lies in respect of these two nations, especially China as an immediate target. Recent developments continue to indicate that the US hasn’t turned itself off from the so-called threat that China poses, so maybe we shouldn’t either.

Last week, US Navy Admiral Philip Davidson, the commander of US Indo-Pacific Command, warned in his testimonybefore the US Senate Armed Services Committee that China is developing a wide range of capable weapons systems that can threaten US interests in the Pacific region.

“Over the last 20 years, Beijing has undertaken a massive effort to grow and modernize the People’s Liberation Army (PLA),” Davidson explained.

According to Davidson, the PLA is the “principal threat to US interests, US citizens and our allies” inside the disputed First Island Chain, the islands that run from northern Japan through Taiwan, the Philippines and Indonesia.

Davidson’s conclusion was that China “represents the greatest long-term strategic threat to a free and open Indo-Pacific and to the United States” but not before offering the most astute part of his testimony, namely that the forces under his command, 375,000 personnel operating hundreds of ships and thousands of aircraft, could easily deter Chinese aggression. 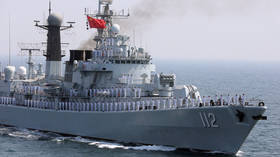 Pakistan relying less and less on US, turning to China, Saudi Arabia & UAE

However, Davidson has also warned that Chinese submarines were more freely operating in the shallow waters of the Taiwan Strait, making it more difficult for the US to deploy its vessels to counter China’s presence. According to Davidson, China is adding submarines to its fleet, and is deploying them more regularly, while the US fleet was on the decline. China already has in its fleet 50 diesel-powered attack subs, as well as six nuclear-powered attack submarines, and is set to increase this number by 2020.

Davidson’s warnings echoed a recent Pentagon assessment which came out a month prior, which found that China was “on the verge of fielding” some of the world’s “most modern weapons systems,” already surpassing the capabilities of its rivals and in some cases, “it already leads the world.”

While China’s developments in military technology will astound some within the US defense department, at the end of the day, the corporate interests driving US foreign policy are probably more threatened by the geostrategic space China appears to be occupying to Washington’s detriment.

China had now replaced the UAE as the main investor in the Middle East, with a specific focus on energy. China’s position in the Middle East will also potentially strengthen if Donald Trump makes good on his promise to withdraw troops from Syria and Afghanistan, both of whom China has had a stake in for some time, especially Afghanistan. In fact, reports are already emerging that China will sooner or later be sending its troops into Afghanistan, a geopolitical development which would be moronic to allow to pass unnoticed. 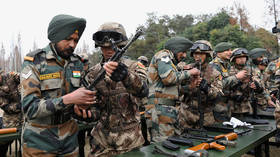 China has also been investing heavily in Pakistan which, whether Islamabad realizes it or not, has become the center of a tug-of-war game on the geopolitical chessboard between Saudi Arabia, the UAE and the US on one side, and China and Iran on the other.

In other words, there are many indications that any void left by a reduced US presence in the Middle East (if any at all) will be quickly filled by China, with its most obvious ambition at the heart of its long-term desires to roll out its Silk Road Project. Managing the unthinkable, China is able to maintain and develop friendships with countries on the US radar such as Iran, but also Washington’s closest allies in Israel, Saudi Arabia, Jordan, Qatar, Egypt and beyond. It also has a military base in Djibouti, the Horn of Africa, which enables China to hold significant power over one of the most important naval chokepoints in the world. The only party China really struggles in maintaining a proper and lasting friendship with in this particular part of the world is India, who is actively competing against China to become a major player with similar ambitions and interests.

However, the threat that Beijing poses to Washington, even in the Pacific, isn’t just a military one. In that regard, the propaganda warning of China’s reach can take many forms, perhaps to simply muddy the waters. Take, for example, a recent report which estimated that there are about 250 Chinese and 200 Russian spies operating in Brussels (this same report found that American and Moroccan agents were also believed to be active, though they did not feature in the headline). The US has also recently accused China of using student spies to steal secrets from the United States on Beijing’s behalf. 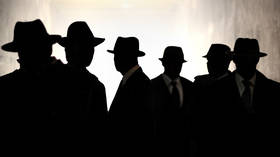 Putting aside the very real risk that the US and China could go head to head, or that the US could see fit to pick apart China’s integral allies one by one (including and especially Venezuela), the real immediate issue we should be paying attention to is the mounting tensions between the two countries and where this is headed in the year ahead. An economist with the International Monetary Fund (IMF) quietly warned the world last month to prepare for the brunt of the US-China trade war, something which is still well underway.

As one BBC reporter explained, US conduct towards China in general is part of what many observers have described to her as an “increasingly aggressive narrative on China from the Trump administration on pretty much every front.”

That being said, perhaps the “brunt” is even too much for the US to bear, because both countries are allegedly in the process of cementing a deal which could end the trade war at some point in the not-too-distant future. (The trade war is also hitting some of Washington’s closer allies badly as well, though this is probably best left for a separate discussion).

Despite all of the above, no one ever in the history of the corporate media, seems to ponder the thought: perhaps the US is simply overreacting to this entire issue, and its repeated warnings over China’s regional ambitions are less justified. According to a report by the China-based Development Research Centre of the State Council (DRC), the US will remain the world’s only global economic superpower until 2035 even with China’s expanding role in the global financial markets. It also cannot be stressed enough that the US has about 800 military bases worldwide, whereas China has only one confirmed overseas military base.

If the odds are in your favor at this level, and you still can’t pull together to win a trade war or military confrontation, perhaps it’s time to re-evaluate your strategy towards so-called rival nations in general. Because at the end of the day, the current strategy leaves much to be desired, and the implications of a US-China confrontation are too apocalyptic to even contemplate as a possible avenue in the first place.